Psilocybe cubensis var “Penis Envy Uncut-Revert; PEU-R” is a varietal hybrid of PF albino and Penis Envy. On the way to creating the Albino Penis Envy, Penis Envy Uncut was generated. These are historically similar to a mix of PE and APE. PEU is not a 100% stabilized variety with many sub types of PEU now available.
The lineage that these PEU-R spores were taken from appear to be leucistic (but it is not a stable LPEU variety) and no albino spores were observed in these samples but may be present. This lineage is more of a Reverted PEU in phenotype but is unstable and does produce variable spores. The revert alludes to the return to the canonical P. cubensis phenotype from the OG PEU phenotype (this means canonical spore color and shape/size, very minimal albino spores, produces spore prints and does not require swabbing).
This lineage is different than the other PEU I offer (which is more of an OG phenotype), but it is also unstable and does also produce variable spores.
A historic sample to have in your library, see if you can get a stable line!

NOTE- PEU-Revert was called PEU on my site prior to Nov 2022. PEU-Revert is the same as the PEU I offered pre- November 2022, I just changed the name to clarify this variety from a PEU OG, LPEU, etc.

Spore swabs will be labelled with an acronym for the variety or with the full variety name or, if it is a single swab, the ziplock may be labelled.

Superb shipping and the quality of the product is phenomenal! MMM is just the best place for all your mycology needs!

Swab wasn't exactly as expected but I'm also a true noob. Was immediately offered a replacement to my surprise and delight.
Used Klarna with great and speedy success! Ordering was quick and easy!
I've had multiple other orders from MMM and have all been positive.

Quick shipping, received my order 3 days after ordering. Dude…Thank you for the freebie and the stickers! Cannot wait to check these under the scope….Will be ordering again 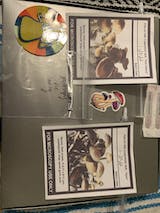 A
Anonymous
More than I expected! (In a good way)

So I only purchased some Penis Envy Uncut Spore swabs and a Golden Teacher Spore Print and MMM included 2 bonus spore syringes! (Psilocybe Cubensis var Mars and var Brazil). Honestly never had this kind of treatment as a new customer anywhere. The items were exactly as advertised, and the bonuses even came with little info cards (It's the little details that count right!). I shopped around a lot before landing on MMM for my spore/microscopy needs and I really got lucky. They have quite the selection and I fully recommend MMM to anybody shopping around for a reputable seller for spores/microscopy needs.

Be sure to check the homepage for relevant announcements!

I will be listing sales, giveaways, new products, limited products etc, so be sure to see what is new in the current and recent months before stocking up your cart 🙂

MMM is 75% a 1 person operation. My partner helps with packaging but MMM runs everything else including making spore syringes and swabs, gourmet items, customer service, website maintenance and much more... As such, I try to be available ASAP but may not answer right away. I do everything I can to respond ASAP but I am most available at these times below. It is usually not more than 24 hours to hear from me. I try to answer emails on the weekends at least once or twice a day, but may be busy so please be patient when messaging outside these times. Thank you!

*~*~*~* MR is my preferred payment method but has been buggy for some customers. If you have issues using it let me know and feel free to use any of the other listed methods that work for you. *~*~*~* Happy to now offer payment plans through Affirm! You can use Affirm to pay for orders over $50, your order ships as soon as the order completes but you pay back Affirm with a payment plan. Dismiss